You are here: Home / Tourism / Mardi Gras only in NOLA? 5 Cities that celebrate Mardi Gras #BayouTravel

When you think of Mardi Gras, your mind certainly jumps to that famous celebration in New Orleans, Louisiana in the United States. Did you know that NOLA isn’t the only city that puts on the dog for “Fat Tuesday?” Check out these other cities that celebrate this winter holiday.

What is Mardi Gras?

Mardi Gras is a French phrase that is literally translated to mean “Fat Tuesday.” Fat Tuesday is traditionally celebrated as a parade and carnival (carnival celebrations are usually held for several days with the final celebration culminating in a parade on Fat Tuesday) leading up to Ash Wednesday and the beginning of the Lenten season.

The idea is to have a time of revelry and feasting prior to the Lenten season of repentance and self-denial. Mardi Gras has long been a celebration that is popular among European Catholics and Anglicans. Each year the date of Mardi Gras is different as it is dependent upon Ash Wednesday and Lent, which lead up to Easter Sunday.

Mardi Gras is usually celebrated with parades, the wearing of masks, dressing in flamboyant costumes, and a lot of debauchery.

Quebec City, Canada
The Quebec Winter Carnival is considered to be the world’s largest winter carnival and can certainly rival the New Orleans Mardi Gras celebration. The typical Mardi Gras festivities of eating, drinking, and getting a little crazy are part of the Winter Carnival but this city has a few unique traditions including canoe races along the icy St. Lawrence River and the building of giant snow sculptures.

Nice, France
While it is more common for smaller villages in France hold Mardi Gras celebrations rather than larger, cities Mardi Gras is celebrated in Nice, France with a large, colorful parade filled with costumed revelers, floats, and plenty of flowers.

Binche, Belgium
The festival celebration of Mardi Gras is one of the most important days of the year in the Belgian city of Binche. The Carnival of Binche coincides with the holiday and culminates in the Mardi Gras celebration. Celebrants dance throughout the city from morning through dusk.

Mobile, Alabama
New Orleans isn’t the only U.S. city to make a big deal out of Mardi Gras. Mobile, Alabama actually turns Mardi Gras into a several-month celebration that begins in November with Mardi Gras-related social events, balls, and parades that lead up to a huge celebration just before Ash Wednesday.

Many small towns and villages worldwide hold Mardi Gras celebrations on a much smaller scale than the city celebrations. As this list proves, though, you aren’t limited to New Orleans when it comes to celebrating Mardi Gras in a big city!

Have you experienced Mardi Gras? Where, when and what was your favorite memory? 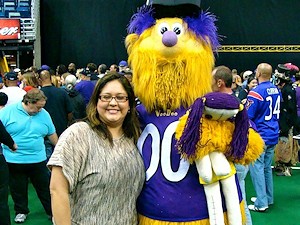 Travel is my passion! Whether I am camping nearby or on a cruise ship, my heart wants to travel and discover the world! From coast to coast, I strive to encourage others to see the world and live with a suitcase always “half packed”. I’m ready to travel, are you? Contact Email: BloggingBabiesandtheBayou@gmail.com {read more here} 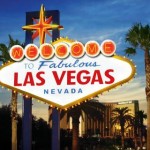 TweetShareLike this post? Please share! Many know Las Vegas is a great place to visit if you want to partake in casino gambling in land based casinos rather than the online casinos. However, many do not realize that it is also an excellent place for families to vacation. Many casinos today are actually part of […] 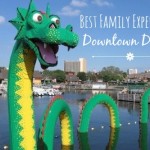 TweetShareLike this post? Please share! Did you know it’s possible to have a Disney experience without paying the admission prices to one of the parks? Downtown Disney is home to many shops and restaurants but also has several activities for children of all ages. If you’re not eager to pay admission to the parks, or […]

TweetShareLike this post? Please share! Disclosure: Although my trip was sponsored, all opinions are my own. Planning a family getaway can be a huge expense on many families. Fall travel is a great way to enjoy discounts on affordable accommodations and discounted attractions. What I loved about Sandestin Golf & Beach Resort is that many […]